Kivy is an Open source Python library for rapid development of applications that make use of innovative user interfaces, such as multi-touch apps.

Kivy runs on Linux, Windows, OS X, Android and iOS. You can run the same code on all supported platforms. It can natively use most inputs, protocols and devices including WM_Touch, WM_Pen, Mac OS X Trackpad and Magic Mouse, Mtdev, Linux Kernel HID, TUIO. A multi-touch mouse simulator is included.

Kivy is 100% free to use, under an MIT license (starting from 1.7.2) and LGPL 3 for the previous versions. The toolkit is professionally developed, backed and used. You can use it in a commercial product. The framework is stable and has a well documented API, plus a programming guide to help you get started.

The graphics engine is built over OpenGL ES 2, using a modern and fast graphics pipeline. The toolkit comes with more than 20 widgets, all highly extensible. Many parts are written in C using Cython, and tested with regression tests.

Recently Kivy 1.10 Released a major release of a popular cross-platform open source framework which makes use of OpenGL to create a standardized UI and graphics environment for Python.

See how easy it is to create a simple Hello World application that shows an actionable button: 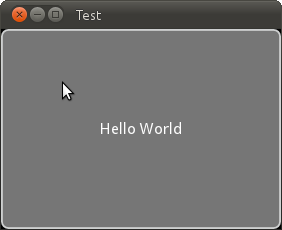 Make Your Code Reusable Between React And React Native